Received this lovely self-striping yarn from my friend Karen. The summer of 2021 is a mess of doctors appointments to try and figure out what’s going on with my health and so I cast on a yarn-y companion project.

Cast 60 stitches on provisionally with a crochet hook around my knitting needle. Using a 14″ cable and US5 needle, and learned that what I thought of as Magic Loop is not actually what I do, and Traveling Loop (one tutorial is here) isn’t either! I guess I’m doing more like a traveling traveling-loop, because I pull one section of the cable out of the side of the project and when I get back around, I reorient it with a different place I pull it out from to keep from ladders.

Got to even play some online board games with friends while knitting on this.

Traveling with me in my ZKN adventure bag with pink chevron lining. I can clip this onto my cross-body purse strap and have it at easy access even while wheeling my wheelchair.

One epic appointment even had me knitting almost 6 stripes while I waited!

The awesome thing with this cowl is that the skein began and ended with the same color so it worked perfectly for a tube.

When I switched some bags around when I was starting this, this leftover NoDa Sock in Rosetta looked so nice with this striped skein, and so I carried it around with an idea to add some slip stitch features. The skein was leftover from the Daring Double by Stephanie Lotven. I played with some slip stitch with the hook on the inside, and then some from the hook on the outside. Then I did some shell stitches on top of that. Then I kitchenered the cowl into a tube afterward, which disguised my ends! The lightly done slip stitch got off by a stitch, but it was still really neat looking so I didn’t go back and change it because it was a little hard with the hook on the inside. I felt like the combination of stitches really gave it a romantic look against the pinks and purples.

testing out an older pattern I created!

with leftover aangel yarn. Cast on to knit on the yarn crawl at the end of February. Increased to 68 st instead of my previous standard of 72 since my feet are smaller. Used the heel from the FLKH but not the cardboard template. Knit till the socks were at my ankle bone and started… 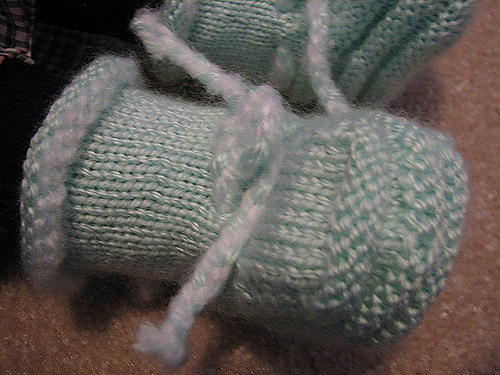 A quick knit because I needed them for a baby shower.  This was my first time using very small needles, and my first time making booties at all.  They turned out good, even though I accidentally modified the pattern slightly! 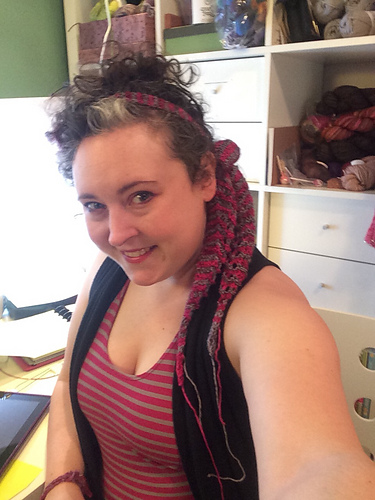 two unicorn tails. hand balled the night of purchase. knit from the center out to make a headband/scarf that feather and fan’d out from an i-cord into leaf like motifs at the end. Used all of the yarn, with just the ends left for a braided bracelet.

It’s really hard to beat getting to play a favor

A little Merida inspired #DisneyboundingAtHome for

I’m still working on rediscovering my love of my

A teeny bit of color on my eyes for PT today. Pro